Some Cells Know How to Keep Their Secrets

Inside our cells, chemical heroes, victims and villains leave behind clues about our health.

At the University of Florida and around the world, metabolomics PIs are on a quest to tail and fingerprint small molecules called metabolites, which result from the chemical processes that fuel and sustain life. Metabolites can shed light on the state of health, nutrition or disease in a living thing. Scroll below to sleuth through the science and stories of real metabolomics cases, and find resources to start your own investigation.

Start Your Own Investigation

The University of Florida’s Southeast Center for Integrated Metabolomics (SECIM) provides resources to scientists interested in metabolomics, including education programs, metabolomics services, and pilot funding. SECIM launched in 2013 with a five-year grant from the National Institutes of Health (news release) and joined a national consortium that includes five other regional centers and a data repository and coordinating center funded by the NIH Common Fund. Learn more about the consortium at www.metabolomicsworkbench.org.

How much tissue should a surgeon cut?

SECIM partners at Imperial College in London developed a new instrument called the intelligent Knife (iKnife). The iKnife collects and analyzes the smoke created during electrosurgery to help surgeons determine in real-time whether they are cutting healthy or diseased tissue. This solved mystery might someday make surgery more effective and safe for all of us. 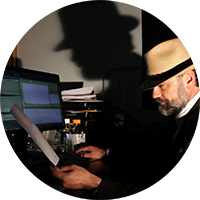 Where does cocaine go in the brain?

SECIM investigators used a technique called mass spectrometric imaging (MSI) to analyze the distribution of cocaine in the brain of someone who died in a car accident. The sleuths developed a novel approach to precisely compare the measurements in the brain with known amounts of cocaine to figure out how much there is and where it ends up in the brain. This solved mystery will help fellow investigators learn how cocaine or other drugs work in the brain. 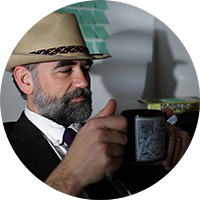 How do worms respond to stress?

SECIM investigators teamed up with industry partner IROA Technologies to conduct the first experimental demonstration of a technique called isotopic ratio outlier analysis (IROA). In this experiment, we used IROA to “label” or culture two biological samples with different percentages of 13C: a control group of worms, and a group of worms that was gently heated (a heat shock). This labeling technique allowed us to mix together and then analyze differences between the samples. We discovered more than 500 peaks that significantly changed following a heat shock. Now the mystery is to find out the identities of more of these peaks! 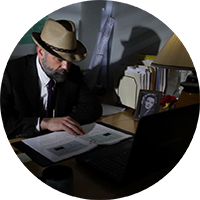 How can worms find mates?

SECIM investigators and collaborators unraveled the chemical mystery of how worm-like nematodes find each other to mate. Nematodes are the most abundant animals on earth! They can live on their own or become parasites of humans, animals and plants. Has your dog ever had heartworms? Have your tomatoes ever died because of galls on the roots? Nematodes are to blame. Now that we know how they sweet talk each other, the next step is to stop them. 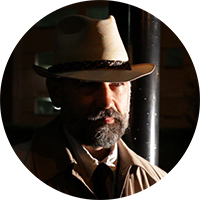 How can we measure carbon?

SECIM partners at the National High Magnetic Field Laboratory and Agilent figured out a better way to measure the 13C isotope of carbon using nuclear magnetic resonance (NMR). They designed and then built a new NMR probe—the most important part of the NMR instrument that interacts with a biological sample—that is more than twice as sensitive as any other 13C probe available. This probe is allowing SECIM sleuths to measure the 13C in metabolite samples to learn more about the secrets they hold. 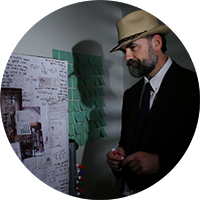 Can we better diagnose heart attacks?

Heart attack is among the top causes of death in the United States. By developing novel methods to discover biomarkers and understand their spatial distribution in heart tissue, SECIM investigators and collaborators are sleuthing their way toward new ways to diagnose heart attacks.

These members of the UF Health Communications team collaborated to produce “Some Cells Know How to Keep Their Secrets.” Click each picture to learn more about their roles and work at the University of Florida.