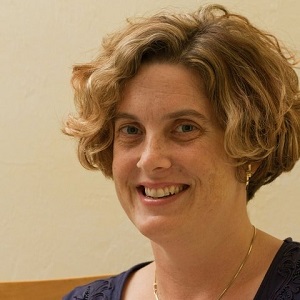 Lauren McIntyre, Ph.D., has been awarded a 2014 UFRF Professorship.

University of Florida Research Foundation (UFRF) Professorships were announced on April 29, and SECIM’s own Lauren McIntyre, Ph.D., was one of thirty-three UF faculty members named UFRF Professors for 2014-2017.  Dr. McIntyre is a Professor in UF’s Department of Molecular Genetics and Microbiology, and leads SECIM’s Bioinformatics Core.

UFRF Professorships are awarded to tenured faculty members who have a distinguished current record of research.  The purpose of the awards is to recognize recent contributions and to provide incentives for continued excellence in research.

The primary selection criteria include a) the professor’s performance in the past five years and b) evidence of a strong research agenda that is likely to lead to continuing distinction in the professor’s field.

The 2014 UFRF Professors were recommended by their college deans based on nominations from their department chairs, a personal statement and an evaluation of their recent research accomplishments as evidenced by publications in scholarly journals, external funding, honors and awards, development of intellectual property and other measures appropriate to their field of expertise.

“For nearly two decades, the UFRF Professorships have recognized the university’s top faculty researchers,” said David Norton, UF’s Vice President for Research. “Key to the UFRF Professorship selection process is that it is based not only on what these individuals have done in the past, but what they are expected to achieve in the future. These are faculty who we anticipate will continue to generate cutting-edge research well into the future.”

For the full list of all thirty-three UFRF Professorships awarded throughout the University of Florida, read the UF News announcement released on April 29, 2014.

For the archived list of UFRF Professorships awarded to faculty in the College of Medicine, including SECIM’s Art Edison, Ph.D. (2012), visit the Office of Research Affairs website.